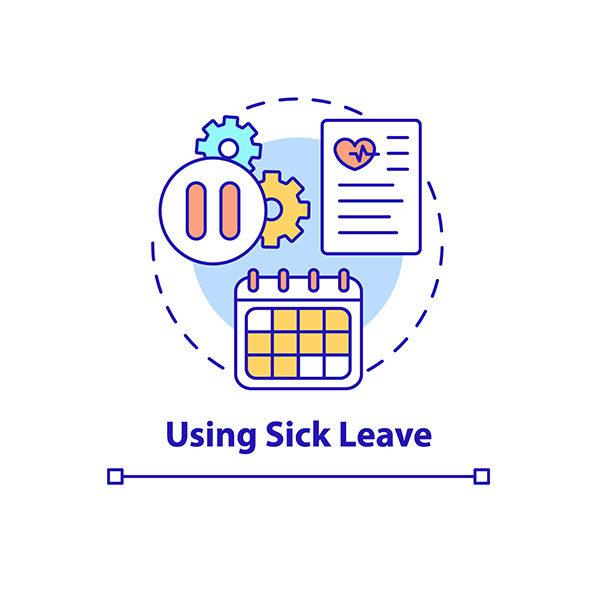 My employee wants to take a few days off to take a trip with her family, but she is out of vacation time. Can I let her use her sick leave instead?

Many employers see no harm in allowing an employee to use their paid sick leave (PSL) as a substitute for vacation time, but doing so could lead to unintended and expensive financial consequences for the employer.

Vested vs. Unvested Time Off

The risk in allowing employees to use PSL for anything other than its intended purpose (such as illness or medical appointments) lies in the way California law draws the distinction between vested and unvested time-off benefits.

A vested benefit is one that belongs to the employee, can’t be taken away, and must be paid out at the end of the employment relationship. An unvested benefit can be subject to a “use-it-or-lose-it” rule.

California’s Labor Commissioner says a time-off benefit that is “contingent upon the happening of a specific event” is an unvested benefit and does not have to be paid out at termination.

A time-off benefit that is given “without condition,” such as vacation time, is a vested benefit and must be paid out at termination. This is true no matter what name an employer may choose for the time off bank, such as Paid Time Off (PTO). DLSE Opinion Letter 1992.04.27

Under California law, PSL is not a vested benefit because it is tied to being used for specific purposes. California’s PSL law allows an employee to use it for the diagnosis, care or treatment of an existing health condition, or preventive care, either for themselves or certain family members.

For example, an employee could take PSL for a cold or other illness, to care for a sick child, for a doctor’s appointment for themselves or a family member or for preventive care, like a flu shot. Thus, California’s PSL law specifically states that any remaining balance does not need to be paid out at the time of termination, resignation, retirement or other separation from employment.

By allowing an employee to use their PSL bank for reasons that are not specifically allowed under the law, the employer may be unintentionally turning an unvested benefit into a vested one.

In other words, because the time off is no longer tied to illness or medical appointments and can be used to take a vacation, it may now be vested and belong to the employee and therefore could lead to a claim that it should have been paid out on separation.

If a former employee were to file a claim with the Labor Commissioner because the time remaining in the PSL bank was not paid out, the financial risk to the employer is more than just the few hours or days that were not paid from that bank.

The employee would also be entitled to waiting time penalties of one full day’s wages for each day after their final pay was due, up to a maximum of 30 calendar days. Because most employees work about 20 days per month, the penalty can result in about an extra month-and-a-half of wages being owed.

For more information, CalChamber Preferred and Executive members can submit a question to CalChamber’s Labor Law Helpline. CalChamber members can read more about Paid Sick Leave in the HR Library. Not a member? See what CalChamber can do for you.