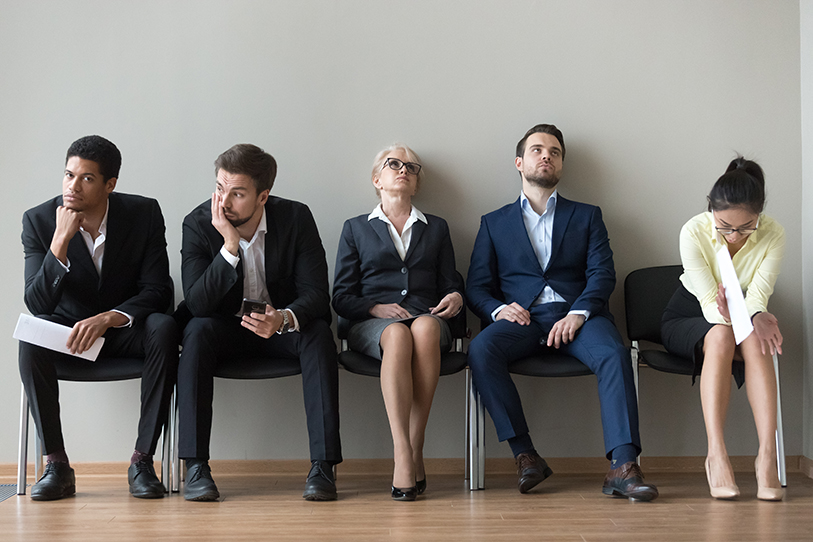 Before the COVID-19 pandemic, when the unemployment rates were at record lows, “ghosting” — when job applicants suddenly stop responding to recruiters or hiring managers, even accepting job offers and not showing up on the first day of work — was an increasingly prevalent phenomenon for employers. Now, the situation has reversed — employers are taking longer to hire employees, causing some job applicants to feel strung along, meaning some employers’ top candidates lose interest and go elsewhere.

Now, a year into the COVID-19 pandemic — after businesses were forced to close, scale back or go remote — companies can potentially expand their recruiting and hiring pool. However, one-third of senior managers said their company was taking more time to hire, according to a recent Robert Half survey.

Although employers try to keep candidates engaged through the hiring process with multiple interviews and skills testing, those taking too long to hire may lose out on their top pick. Sixty-two percent of professionals say they lose interest in a job if they don’t hear back from the employer within two weeks of the initial interview. If the candidate hasn’t heard anything in three weeks, that number jumps to 77 percent.

What’s more, if candidates feel like hiring managers are leading them on, the company may experience further repercussions: Candidates may ghost the employer (49 percent), blacklist the company (41 percent), vent about it on social media (27 percent) and post negative comments on review sites (26 percent).

“By stretching out the hiring process, companies waste critical time and resources and may lose out on the best talent,” said Paul McDonald, senior executive director at Robert Half, in a press release. “Employers who are transparent with candidates and move efficiently through the process will create a positive experience for potential hires and gain a recruiting edge.”

Employers should review their recruiting and hiring process to make sure they are communicating appropriately with job candidates and being as transparent as possible.

CalChamber members can read about Good Selection Practices for hiring in the HR Library. Not a member? See what CalChamber can do for you.