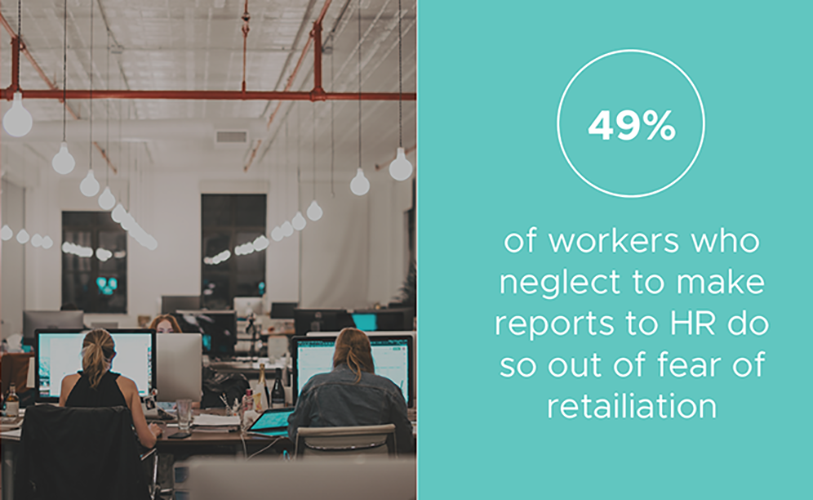 With the rise in remote work over the last year and a half, a new trend has emerged: American workers are increasingly fearful of employer surveillance. A new Elements Global study analyzed Google Search Trends and found that the top HR-related queries focus on remote and workplace monitoring.

“Trust is a central dynamic in employer-employee relationships,” the report states. “Employees have a lot of questions about the limitations of their privacy and the extent to which they are monitored by employers.”

Privacy and surveillance represent 42 percent of the top 50 most common searches. After reviewing the search data, Elements Global surveyed 1,000 American workers to find out more about their fears and found that two-in-three workers don’t report issues to HR because they don’t think action will be taken. The most frequently cited problems were having too much work, a personality clash, and bullying and sexual harassment. In addition, 49 percent of workers who didn’t report something to HR cited fear of retaliation as the reason.

Employers must take steps that minimize their risks of retaliation claims, including developing zero tolerance anti-discrimination/harassment/retaliation policies and applying those company policies and practices consistently.

And employers who track their employees might find some interesting stuff, as 44 percent of workers in the survey who use a computer said they’ve talked about something inappropriate for the workplace; 35 percent said they were gossiping or being negative; and 21 percent said their communications were simply off-topic from work and could be viewed as wasting time.

A helpful statistic for employers is that 67 percent of all workers surveyed admitted that productivity tracking software likely would make them more productive.

​​Under an employer policy, employers that supply computers to their employees have the right to monitor Internet access and examine any content on those computers.​​ Develop clear policies and guidelines about computer access and communicate them to all employees; a strongly worded and properly distributed policy on Internet security and email usage can help you assert control over electronic communications.

“There is much room for progress in building trust and accountability at the center of employee-employer relationships,” the report states, “and the exponential rise in time spent working remotely will only make this more important.”

CalChamber members can read more about Electronic Surveillance and Computers and Privacy in the HR Library. Not a member? See how CalChamber can help you.