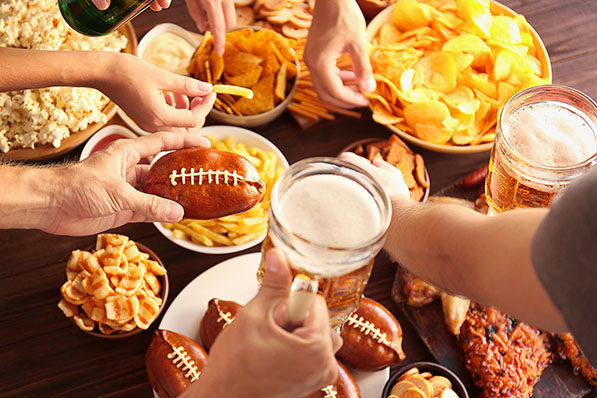 Look around at your co-workers today, because, on Monday, it’s very likely several of them won’t be at work. Yes, “Super Bowl Fever” will sweep through offices next Monday, February 3. An estimated 17.5 million workers plan to miss work that day, according to the 2020 Super Bowl Fever Survey commissioned by The Workforce Institute at Kronos and conducted by The Harris Poll.

Although most workers (11.1 million) will use pre-approved time off, others will use less honest methods – 4.7 million employees plan to call in sick even though they are not ill and 1.5 million just plan to ghost their employers (not notifying them they’re not coming in and just not showing up to work). Another 7.9 million workers are undecided and will wait until the last minute to decide whether to come to work on Monday.

Although Monday’s post-Super Bowl absences are predicted to be the largest since 2005 (when this survey started), already nearly a third of workers (29 percent) have admitted to missing work or going into work late the Monday after the Super Bowl.

Absenteeism and tardiness are two of the most frequent and difficult employee behaviors to discipline. Although some absences, including mandatory paid sick leave, pregnancy disability leave and other leaves of absence, are protected by law, employers don’t have to endure a specific amount of absenteeism and tardiness before taking disciplinary action.

As the survey shows, most workers are planning to take the day off, meaning workplaces can plan for absences. “While the focus [of post-Super Bowl absenteeism] remains largely on reactive measures — such as memos, discipline, and even firings — organizations that proactively plan will be rewarded with fewer absences and, more importantly, higher employee engagement,” said Joyce Maroney, executive director, The Workforce Institute at Kronos, in a press release. “I find it very encouraging that engaged employees are more likely to take Monday off: This signals they’re able to have open and honest conversations with their employer about time-off and, conversely, it’s likely their employer promotes flexibility.”

In a separate Workforce Institute at Kronos survey, 64 percent of workers say paid holidays should become more aligned with popular cultural events that affect their everyday life instead of historic or religious events. Some of those most-wished events include: New Year’s Eve (33 percent), Election Day (20 percent), Halloween (19 percent) and the first day of school (13 percent).

Moving the date of the Super Bowl is still a long shot, but much like office etiquette standards, today’s workforce is ever evolving.

CalChamber members can read more about Absenteeism and Tardiness in the HR Library. Not a member? See how CalChamber can help you.