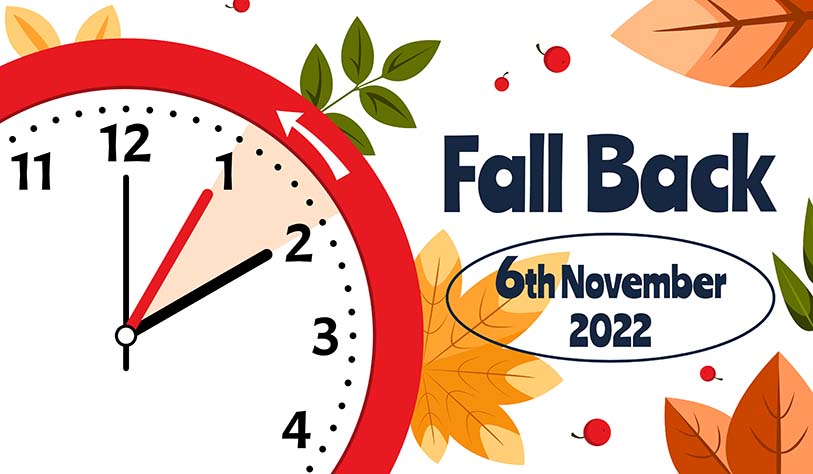 Don’t forget to set your clocks back Saturday night for an extra hour of sleep! Daylight Saving Time (DST) ends at 2 AM on Sunday morning, November 6, which means some employers, especially those with graveyard shifts, need to make sure they’re paying employees correctly.

Employers need to remember that employees must be paid for hours actually worked, regardless of what the clock says. For example, if you want to avoid paying overtime to an employee who typically works from 11 p.m. to 7:30 a.m., you’ll need to make sure that the employee either starts work an hour later or ends work an hour earlier this coming Saturday night for an eight-hour shift (with a half-hour meal break). Because if an employee works from 11 p.m. to 7:30 a.m. beginning on November 5 and ending on November 6 this year, they will work a total of nine hours (with a half-hour meal break), resulting in one hour of overtime pay.

Besides overnight timecard issues, DST can cause other problems. According to a 2020 study, DST increases the risk of cardiovascular problems. When we “fall back,” our bodies and brains are exposed to less sunlight. As Dr. Anthony Komaroff writes for Harvard Health, the resulting shift in the body’s sleep/wake cycle may disrupt sleep for several days, increasing risk of accidents on the roadways and impeding productivity at work. In fact, 74 percent of Americans feel that the lack of daylight affects their productivity, and 34 percent report that lack of daylight “significantly” affects their productivity, according to a 2018 survey from YouGov and Velux.

In recent years, eliminating DST has been debated considerably. Originally, the Germans implemented DST during WWI as a means to conserve fuel. While current DST proponents argue that it both saves energy and benefits the recreation and tourism industries, six in 10 Americans would prefer not to switch back and forth between standard time and DST. As Director of Monmouth University Polling Institute Patrick Murray says, “The later light provided by daylight saving time is fairly popular. Changing back and forth to it each year is not.”

Next week, consider suggesting that employees use their breaks to take a walk and soak up the sun, whether they are in the office or working remotely. This will elevate not just their productivity but also their moods and vitamin D levels.

CalChamber members can get detailed information on daylight saving time and overtime pay in the HR Library. Not a member? See how HRCalifornia can help you.