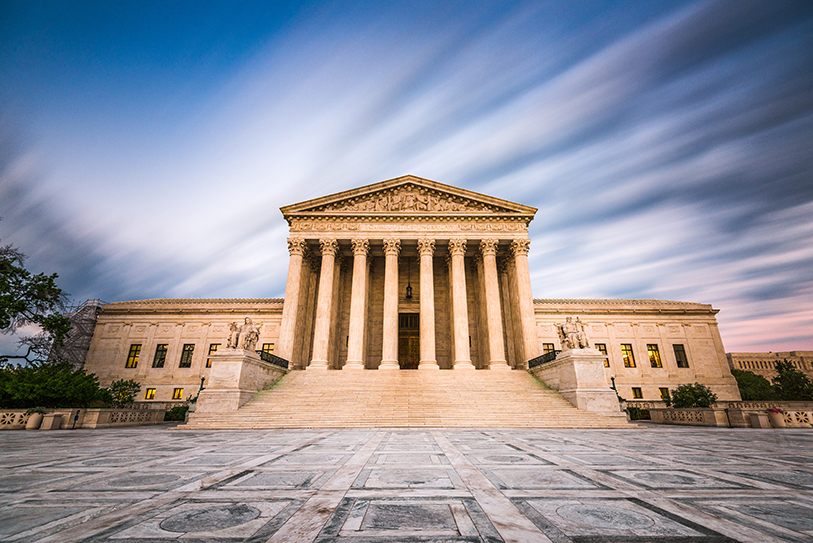 On January 13, 2022, the U.S. Supreme Court issued an order staying the U.S. Occupational Safety and Health Administration’s (OSHA) emergency temporary standards (ETS) requiring employers with 100 or more employees to enact written workplace policies mandating full vaccination or weekly testing of its workforce — which would have affected an estimated 84 million workers in the United States.

As previously reported, the ETS was heavily litigated based on an argument that OSHA overstepped its authority in issuing such a mandate, but a Sixth Circuit Court of Appeals ruling allowed the mandate to take effect — and then multiple parties filed emergency motions with the U.S. Supreme Court to block its enforcement.

And block its enforcement, the Supreme Court did: Although the high court didn’t rule on the merits of challenges to the ETS, the order to stay the ETS’s enforcement while the mandate’s merits are litigated through the court system effectively eliminates the federal ETS for the foreseeable future.

In its opinion, the Supreme Court determined that the argument that OSHA lacked the statutory authority to issue such a broad, sweeping mandate under its emergency powers is likely to succeed at trial. As such, allowing OSHA to enforce the ETS while litigation continues would cause irreparable harm to the challengers. To avoid this harm, the Supreme Court ruled that OSHA may not enforce its ETS.

In California, employers were waiting to see how the California Division of Occupational Safety and Health (Cal/OSHA) would respond to the ETS because while the state may enforce its own workplace safety rules, those rules must at least be as protective as any issued by OSHA. So, had the Supreme Court allowed OSHA to continue enforcing the ETS, Cal/OSHA would have had to implement its own vaccinate-or-test mandate that applied specifically to California employers and at least mirrored the OSHA ETS. But due to the Supreme Court’s ruling, Cal/OSHA won’t adopt a rule based upon the OSHA ETS.

So, the upshot is that currently, most businesses in California won’t be subject to a mandatory vaccinate-or-test rule. However, as previously reported, California may still explore creating its own version of a workplace vaccination mandate, and the Supreme Court ruling doesn’t prevent that from occurring — so California employers should continue monitoring current events at Cal/OSHA. (Also of note is that this order doesn’t affect the Cal/OSHA ETS established in November 2020 that remain in effect and will see revisions take effect on January 14, 2022.)

In a separate ruling, the Supreme Court did allow a Department of Health and Human Services (HHS) rule requiring all medical providers that receive Medicare or Medicaid funds to ensure their workforce is fully vaccinated unless they have a valid religious or disability exemption to continue.

This ruling may have limited impact in California, as the California Department of Public Health (CDPH) has vaccine and booster mandates in place for both health care facility workers and adult care facility and direct care workers. Employers that receive Medicare or Medicaid funds should consult with legal counsel about the HHS rule’s impact on their vaccination policies.

CalChamber members can read more about Cal/OSHA’s newly revised COVID-19 emergency temporary standard in a recent HRCalifornia Extra article. Not a member? See how CalChamber can help you.