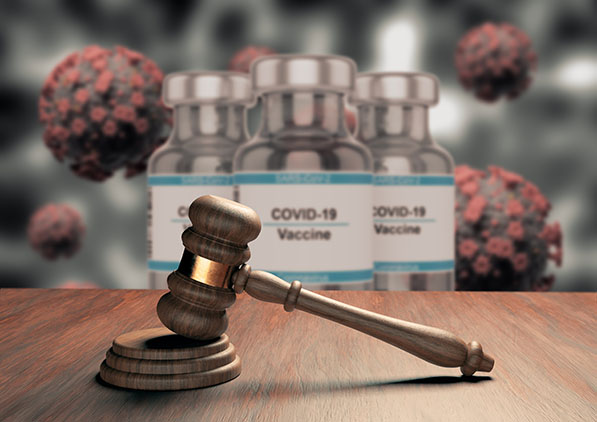 On the evening of Friday, December 17, the U.S. Court of Appeals for the Sixth Circuit dissolved the stay previously in effect for the federal OSHA Emergency Temporary Standards (ETS) that impose a vaccinate-or-test mandate for private employers with 100 or more employees.

As previously reported, the rule was published on November 5, 2021, and was almost immediately challenged by several petitioners in the Fifth Circuit, which issued a stay, pending further litigation. As a result of the stay, OSHA announced it would suspend all enforcement activities due to the litigation’s uncertainty.

After these legal challenges were consolidated and transferred to the Sixth Circuit, the federal government filed a motion with the court on November 23, 2021, to lift the stay on the ETS. The generally conservative Sixth Circuit unexpectedly granted the motion and dissolved the stay in a 2-1 split decision from the three-judge panel.

Meanwhile, the California Division of Occupational Safety and Health (Cal/OSHA) was poised to adopt an identical version of the OSHA ETS at the state level, consistent with the law requiring states with their own OSHA plans to, within 30 days, adopt standards equivalent to — or more protective than — the federal standards. Due to the uncertainty created by the ongoing litigation, however, Cal/OSHA opted not to adopt an equivalent standard.

At its December 16, 2021, meeting, Cal/OSHA adopted an amended version of the current Cal/OSHA ETS — with which employers have become quite familiar— that’s set to take effect on January 14, 2022. The revised ETS is scheduled to remain in effect until April 14, 2022; however, shortly after the Cal/OSHA Occupational Safety and Health Standards Board (OSHSB) readopted the ETS, Governor Gavin Newsom signed an executive order providing for a possible extension of the ETS beyond that date.

It’s not clear yet what Cal/OSHA will do now that the federal ETS stay has been lifted. The next OSHSB meeting is January 20, 2022, at which time it could potentially take up the issue. Multiple parties filed emergency motions with the U.S. Supreme Court to block enforcement of the ETS while litigation over its validity continues. The Court agreed to consider the motions and is set to hear oral arguments on January 7, 2022.

At this time, employers are encouraged to closely monitor Cal/OSHA for updates on how and when it will proceed with respect to the state’s version of the federal ETS. Employers should also consult with their legal counsel with any questions related to planning for ETS compliance.