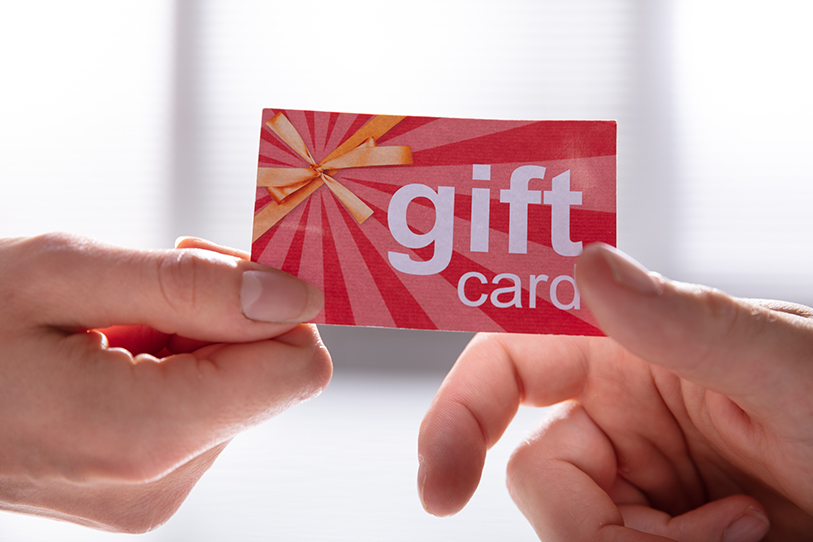 I’d like to give my employees gift cards worth a few hundred dollars at the end of the year as a holiday gift. Is the value of those gift cards part of their compensation that needs to be taken into account when calculating overtime?

While a gift card may not look anything like a paycheck, an employer should still consider whether it will legally be considered part of an employee’s compensation.

Under both state and federal law, most payments to employees are considered compensation that must be included in an employee’s regular rate of pay.

Once all the additional forms of compensation are added to the normal hourly rate to arrive at an employee’s regular rate of pay, that amount is then used to calculate overtime pay as well as sick leave pay under California’s mandatory sick leave law.

The value of gift cards given to employees at the holidays generally does not need to be taken into consideration when calculating the regular rate of pay.

However, there are certain important limitations on when the value of such gift cards can be excluded. These limitations come from federal regulations (Title 29, Code of Federal Regulations, Section 778.212) and are followed by the California Labor Commissioner as well.

First, the federal regulations require that it be “a gift or in the nature of a gift.” The regulations go on to say that if the amount “is so substantial that it can be assumed that employees consider it a part of the wages for which they work,” then it won’t be considered a gift.

Therefore, an annual holiday gift card that represents a substantial part of the employee’s earnings might need to be included the regular rate of pay.

Finally, the gift card must not be given based on a contract that gives the employee a legal right to it. For example, if a commission agreement includes a right to a valuable gift card for hitting certain sales goals, the value of the gift card would likely have to be included the regular rate of pay.

CalChamber members read more about “Regular Rate of Pay Defined” in Calculating Overtime in the HR Library. See how CalChamber can help you.