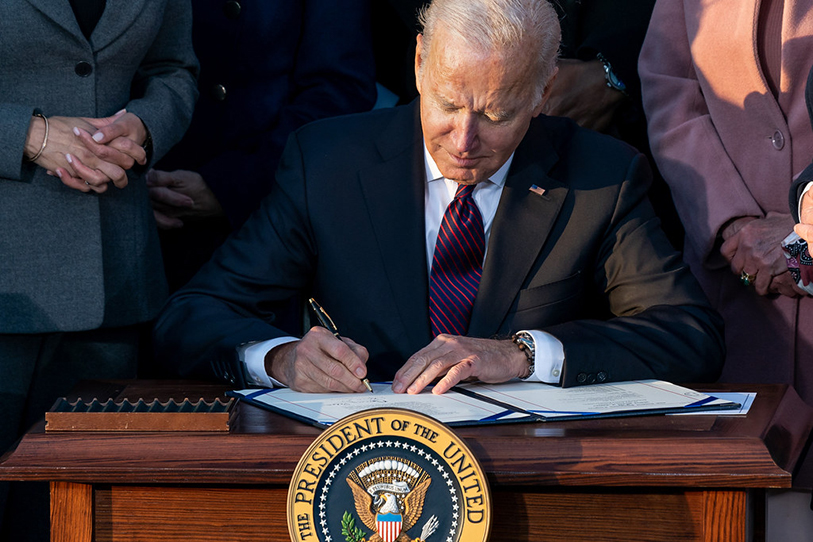 On March 3, 2022, President Biden signed into law the Ending Forced Arbitration of Sexual Assault and Sexual Harassment Act of 2021  (the Act), which amends the Federal Arbitration Act (FAA) to make pre-dispute arbitration agreements and class action waivers invalid and unenforceable for claims of sexual harassment or sexual assault.

Stated simply, as of March 3, 2022, employees subject to an arbitration agreement who bring claims involving sexual harassment or sexual assault cannot be compelled to arbitration on those claims — even if the agreement says otherwise. Instead, employees may choose to either pursue these claims in court or proceed in arbitration.

In response to the Court’s rulings, and in the wake of the MeToo movement, states proposed legislation to limit the use of arbitration agreements in sexual harassment and other employment claims; however, many of the state laws run into legal problems because they conflict with the FAA. California’s latest attempt — 2019’s Assembly Bill 51, which prohibits employers from requiring employees to, as a condition of employment, sign arbitration agreements about employment-related disputes under the Labor Code or the Fair Employment and Housing Act — was immediately challenged and put on hold before it took effect in 2020. The legal challenge is ongoing, currently in the Ninth Circuit Court of Appeals.

Congress has also proposed bills limiting mandatory arbitration, but none of them have passed — until now.

The Act does exactly what the title says. Specifically, it provides that, the individual alleging misconduct may elect for pre-dispute arbitration agreements and pre-dispute joint-action waivers (e.g., class/collective action waivers) to be unenforceable and invalid to the extent the claims relate to sexual harassment or sexual assault disputes, terms that are defined broadly in the law.

As previously stated, this means that, in the employment context, employees bringing claims involving sexual harassment or sexual assault who are subject to an arbitration agreement cannot be compelled to arbitration on those claims — despite an agreement stating otherwise. Instead, employees can elect whether to pursue these claims in court or proceed in arbitration. In addition to individual claims, the bill prohibits employers from enforcing class action/collective action waivers for claims related to sexual harassment or sexual assault.

In addition, if there is a dispute about the application of the law to a particular case, i.e., a dispute about whether an employee’s allegations qualify as sexual harassment or sexual assault, the law specifies that a judge, not an arbitrator, will make that determination — even if the arbitration agreement states otherwise.

The law doesn’t appear to apply retroactively to existing disputes. The Act states that it applies “with respect to any dispute or claim that arises or accrues on or after the date of enactment of this Act.” This means that the new law applies to sexual harassment or sexual assault allegations that occur after enactment. If employers have existing arbitration agreements in place that require employees to arbitrate those claims, they won’t be able to enforce them unless the employee agrees to arbitration after the dispute arises.

Employers should consult with their legal counsel about the impact this new law will have on their existing agreements and how to proceed with new agreements moving forward.

Ultimately, employers should try to prevent these disputes from happening by maintaining a harassment-free workplace — which is beneficial legally and otherwise. Harassment-free workplaces typically experience higher morale and productivity, and low employee turnover, and avoid both  reputational damage and costly litigation.

One of the best ways to maintain such a work environment is through harassment prevention training, which employers with five or more employees are required by law to provide to their employees and supervisors every two years. In addition to being required by law, harassment prevention training is a vital step to maintaining a safe and respectful work environment.

CalChamber provides training for both supervisors and nonsupervisors that exceeds the state’s minimum requirements. Not only does the training educate individuals on how to recognize and address harassment and discrimination, but it also includes best practices for the workplace and raises awareness about workplace culture, respect and productivity. CalChamber Preferred and Executive Members receive 20 percent off training.Not a member? See what CalChamber can do for you.