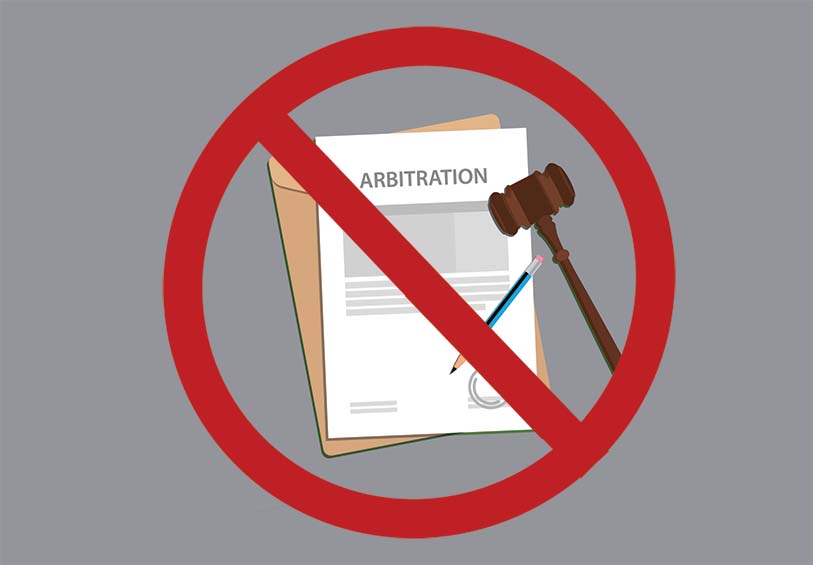 Slated to take effect January 1, 2020, AB 51 added a provision to both the Labor Code and the Government Code that prevented employers from requiring employees to, as a condition of employment, sign arbitration agreements about employment-related disputes under the Labor Code or the Fair Employment and Housing Act. But in February of 2020, the U.S. District Court held that AB 51 was invalid under federal law and issued a preliminary injunction preventing California from enforcing any part of AB 51.

Separately, the 9th Circuit held that AB 51’s civil and criminal penalty provisions are invalid under the FAA because they only trigger once an employer has entered into a mandatory arbitration agreement. That means that these portions of AB 51 are punishing conduct protected by the FAA — the execution of an arbitration agreement — and therefore cannot be valid under the law.

Employers should be aware that Labor Code 432.6, the section of AB 51 upheld by the 9th Circuit, does include a remedial provision that allows for a person to seek injunctive relief, other relief as permitted by law and attorneys’ fees for violations of this section.

Because the preliminary injunction has been vacated at this time, employers are strongly encouraged to engage with legal counsel about their practices related to arbitration agreements before proceeding with executing or enforcing existing agreements.

Employers also should be aware that this ruling likely won’t be the end of the road regarding AB 51, as the U.S. Chamber of Commerce, California Chamber of Commerce and other groups that brought this action may challenge or seek further review of this decision.

CalChamber can read about a 2020 case in which a California Court of Appeal upheld an employment arbitration agreement that was in the employee handbook. Not a member? See how CalChamber can help you.