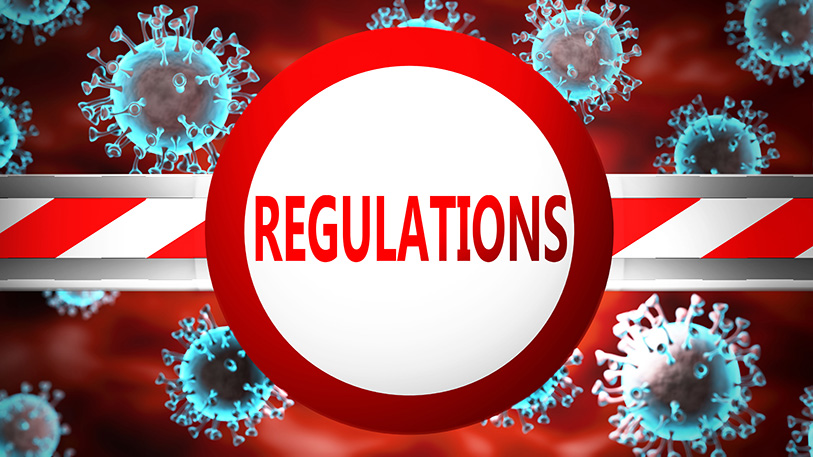 The California Division of Occupational Safety and Health’s (Cal/OSHA) Standards Board voted to grant, in part, Petition 583, which sought the creation of a COVID-19 emergency regulation for industries not already covered by the Aerosol Transmissible Diseases (ATD) Standard. Specifically, on September 17th, the Board approved its staff’s proposed decision, which provided for three things:

What should concern everyone watching is that the first two elements — a two-month deadline and a post-facto advisory committee — effectively prevent any stakeholder input before the emergency regulation goes into effect. Though the emergency regulation’s text will presumably be released two weeks before the November vote, by that point any real changes will be impossible.

That is a huge concern for anyone who values stakeholder input in the regulatory process, but also for those concerned about the regulation’s effectiveness at protecting workers. Because, despite their best intentions and best efforts, Cal/OSHA staff cannot always anticipate how a draft regulation’s text might apply to every workplace in our broad and diverse state. That is the reason that stakeholder input is so critical for regulations. Without it, regulations may contain omissions, errors or fail to address the realities of the broad range of workplaces in California. And, as anyone who works in Sacramento knows, the same is certainly true of legislation — despite the best efforts of staff and legislators, the initial draft often fails to hit the nail on the head.

For a regulatory example, we need look no further than last year’s Wildfire Smoke Protection Emergency Regulation which, despite multiple productive advisory committee meetings with both labor and business stakeholders, still went into effect with some infeasible and vague requirements. And that is not just my opinion. The members of the Standards Board themselves acknowledged concerns about its text when they approved it, and they urged a follow-up advisory committee in the hope that it could be cleaned up. Fast forward to the present: That emergency regulation still requires all employers with outdoor employees to stockpile N95 respirators, which are not commercially available and haven’t been for most of this year. So, we can see how unintended problems arise when regulations are rushed — and remember, the COVID-19 emergency regulation will have even less stakeholder input before it goes into effect.

The other curious part of the vote was that there doesn’t appear to have been a reason to skip stakeholder input and impose a two-month deadline. I know, I know — COVID-19 is certainly still a problem in California, I agree. But hear me out. Cal/OSHA already has authority to enforce their COVID-19 industry-specific guidance documents, and they have been doing so, as their own press releases acknowledge. So, if Cal/OSHA is already issuing citations to protect workers in California’s workplaces … why push out an emergency standard without any stakeholder input? Particularly when businesses across the state are already trying to keep up with a dizzying array of ever-changing state, county and local health guidelines?

Finally, employers should be on alert because the initial petition, submitted by Worksafe, included proposed text for the draft emergency regulation. Though Cal/OSHA is not compelled to use Worksafe’s text in drafting the emergency regulation, the short timeline for approval means that there is a very real potential Cal/OSHA has used that as a starting point — and Worksafe’s draft contained multiple feasibility concerns for employers.

To be clear — none of this is intended to lessen the severity of COVID-19 or suggest it is not an urgent concern. COVID-19 is certainly at the center of all our lives, and where employers are not being safe, they should face enforcement. But if Cal/OSHA is already working to protect workers from COVID-19 in the workplace and issuing citations to employers who do not comply — then why rush a duplicative regulation with no stakeholder input?

Let’s hope that Cal/OSHA’s draft regulation is flawless and feasible, because it looks like there will be little chance for stakeholders to have meaningful input before it goes into force.