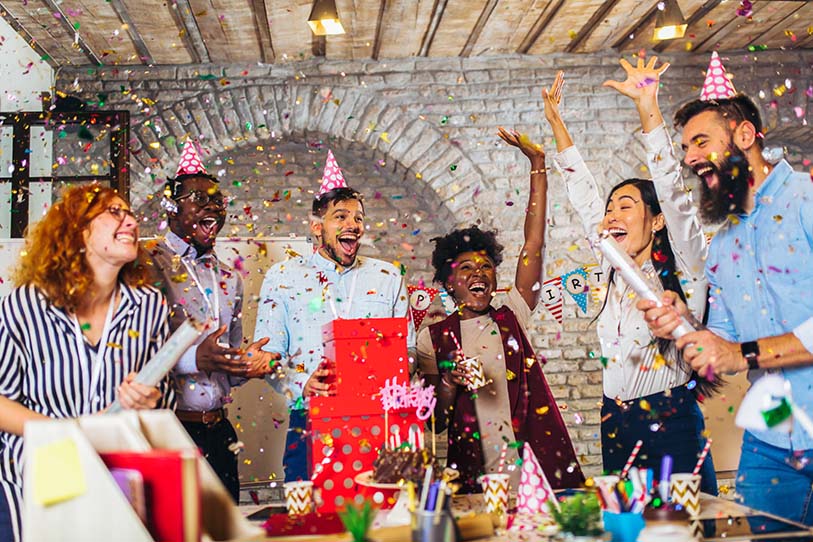 In Kentucky, a former employee was recently awarded $450,000 after an unwanted birthday party. HR professionals across the country have been clicking on these headlines to find out what’s going on here. Can employees really sue for unwanted birthday parties? Do I need to run my office parties by legal counsel now? Probably not. While the circumstances here are somewhat unique, this case is about disability discrimination, and it’s a good reminder for employers of their obligations under disability laws.

An employee with an anxiety disorder asked his employer not to throw him a birthday party, which the employer normally did for its employees, because his birthday is a source of stress. But the individual responsible for company birthday parties flat out forgot about his request. The lunchtime birthday party was thrown anyway, and the employee had a panic attack. He went to his car and worked through some breathing techniques, then went back and finished his workday.

The following day, two other employees called the employee into a conference room to discuss the party. Among other things, it was reported that he was accused of “stealing other coworkers’ joy.” The employee started to have another panic attack and employed coping mechanisms that he had worked on for years with his therapist, including hugging himself and asking the other employees to stop. They, in turn, asked him to stop what he was doing, and when he didn’t, they walked out.

Once the panic attack had subsided, the employee walked out of the conference room and was asked to leave the building. He was terminated three days later.

The employee filed a lawsuit under the Kentucky Civil Rights Act (like the federal Americans with Disabilities Act (ADA) and California’s Fair Employment and Housing Act (FEHA)), arguing that he informed his employer about his disability, the anxiety disorder, that he asked for a reasonable accommodation for his disability — no birthday party — and that the employer ignored his request and terminated him because of his disability.

The employer countered that it terminated him in accordance with its workplace violence policy — the employer thought the employee might get violent during his panic attack and, thus, presented a threat to the workplace even though he had never been violent and it doesn’t seem like he did anything but hug himself during the second panic attack. The jury sided with the employee, finding the employer fired him because of his disability and awarding him $450,000, which included $120,000 in lost wages and benefits, $30,000 in future lost wages and $300,000 for pain and suffering.

So, what should employers do about office birthday parties? Contrary to what the headlines might imply, office birthday celebrations are not the new frontier of employment litigation. For the most part, employees appreciate them, so, by all means, party on (in a reasonable manner consistent with company policies, best practices and applicable laws). But, when an employee informs their employer that they’re having a problem at work due to a potential disability, like an anxiety disorder, employers need to take that seriously and think about their obligations under disability laws.

In California, that means engaging in a good-faith, interactive process with the employee to identify job-related limitations, if any, and explore whether the employee needs reasonable accommodation to perform the job’s essential functions and what those accommodations might be. Employers don’t have to provide an accommodation that imposes an undue hardship, but, in California, they must engage in the interactive process before determining that an undue hardship exists.

Employers should always consult with legal counsel before denying an accommodation or terminating an employee with a disability.

CalChamber members can read more about Laws Protecting Employees With Disabilities in the HR Library. Not a member? See how CalChamber can help you.