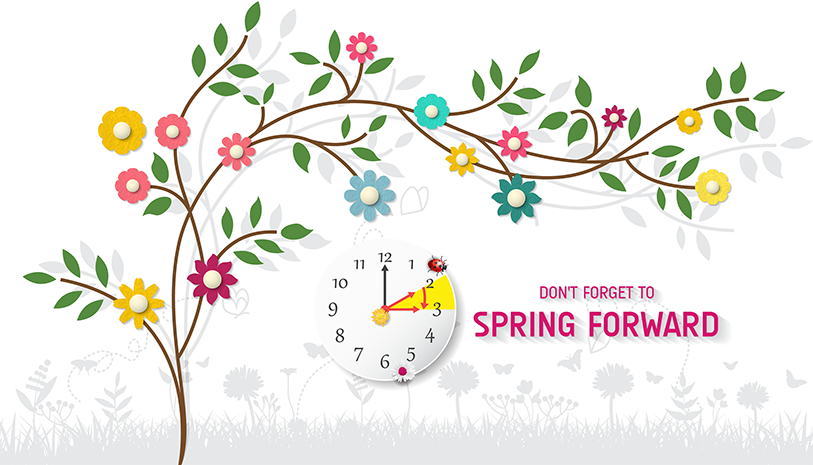 It’s time, yet again, to spring forward. This Sunday, March 13, marks the start of Daylight Saving Time (DST) in 2022. Each year, DST comes with some pros and cons — and some things of which employers should be mindful.

The primary benefits of DST, according to the U.S. Department of Transportation (DOT), are that it reduces traffic injuries, saves energy and reduces crime.

During DST, more people are conducting their affairs during the daylight rather than at night, when more crime occurs. And because the sun sets one hour later in the evening and sunrise is very early during summer months, people spend more time outdoors and wake when the sun is already up, reducing the need to use electricity for household lighting and appliances.

The DOT says that DST “saves lives and prevents traffic injuries” because “more people travel to and from school and work and complete errands during the daylight.” But the American Academy of Sleep Medicine (AASM) notes that during the week following the change to DST, there’s an increase in car accidents.

The AASM lists other negative, short-term consequences of seasonal time changes, including:

For employers, this means DST likely will affect their workers in some way. Most people lose up to 40 minutes of sleep after DST, which may not seem like much, according to Entrepreneur, but it’s just enough to throw a wrench in our circadian rhythm. And this wrench, so to speak, may cause fatigue and daytime sleepiness, and impact employees’ work performance, concentration and memory.

In addition, studies have shown that just one hour of lost sleep can result in job-connected injuries: on average, 3.6 more injuries occurred on the Mondays following the switch to DST compared to other days, and 2,649 more days of work were lost as a result of those injuries — a 68 percent increase in lost work days.

Also of note are the potential complications DST may cause for employers’ timekeeping practices. Since DST starts Sunday at 2 a.m. local time, 2 a.m. instantly becomes 3 a.m. — meaning graveyard shift employees may only work and need to be paid for a seven-hour shift for that shift. Employers with employees working overnight should review timekeeping practices to make sure all employees are accurately paid for all hours worked.

CalChamber members can read more about Timekeeping and Recording Guidelines, including accurately recording time, in the HR Library. Not a member? See what CalChamber can do for you.