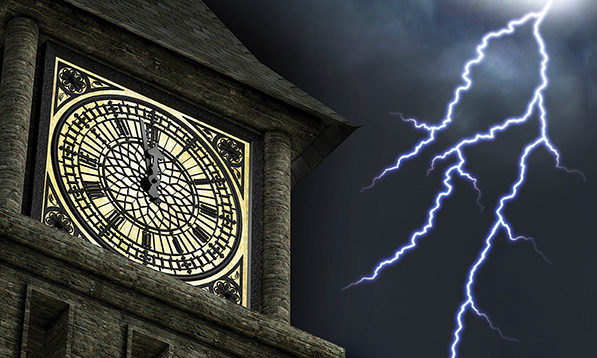 Do you remember the movie “Back to the Future,” where a young Marty McFly goes back in time and, in doing so, potentially re-writes the present day?  Well movie fans, the Ninth Circuit Court of Appeals is also going back to the future for an independent contractor/Dynamex-related case that has important implications for employers. In addition, the California Labor Commissioner’s Office explains their position and insight on how they plan to apply the ABC test to wage order claims.

As previously reported, just over a year ago, the California Supreme Court adopted a brand-new test, called the “ABC” test, to determine whether a worker is an independent contractor instead of an employee for claims brought under California’s wage orders.

Recently, the Ninth Circuit Court of Appeals decided to jump into a time-traveling DeLorean and rule that the ABC test applies to past claims (retroactively) — even those that pre-dated the Dynamex decision – brought in federal court. (Vazquez v. Jan-Pro Franchising Int’l, Inc. 2019 U.S. App. LEXIS 13237 (9th Cir.)).

In Vazquez v. Jan-Pro, the court applied the Dynamex ABC test to a decade old case on whether a janitorial cleaning business misclassified its janitors as independent contractors. Just like when a young Marty McFly alters the future by saving his father from an oncoming car, the court concluded that the ABC test applies retroactively.

The Vazquez case was originally filed in 2008, long before the California Supreme Court ruled in the Dynamex case. A federal district court applied a standard different from the ABC test and determined the workers in Vazquez were independent contractors. The plaintiffs appealed the district court’s ruling.

While Vazquez was pending on appeal with the Ninth Circuit, the ABC test from Dynamex was born. Because a new independent contractor test was adopted, the Ninth Circuit evaluated whether the ABC test should be applied to Vazquez, and determined that it should. The court reasoned that California law has a strong presumption for the ABC test to apply retroactively. As a result, Vazquez will go back to the federal district court to be re-litigated under the ABC test, which didn’t even exist when the Vazquez case originally began. Talk about going back to the future!

Besides trying to find your own plutonium- or lightning-powered time machine, you should evaluate your independent contractors under the ABC test, no matter how long you’ve had them!

The DLSE concluded that “Dynamex ties application of the ABC test to enforcement of obligations imposed by the wage orders” and further opined that Labor Code provisions that “derive” from or “rest on” an employer obligation under a wage order are also subject to the ABC test for purposes of determining worker status.

According to the DLSE, those employer obligations under the wage orders include the following:

What should employers do? In addition to the cautionary words provided above, employers should proceed with caution when utilizing independent contractors in their workplace. More importantly, while DLSE opinion letters are not binding on the courts, some courts, including the California Supreme Court, have chosen to adopt the DLSE interpretations. Employers should consult with legal counsel.