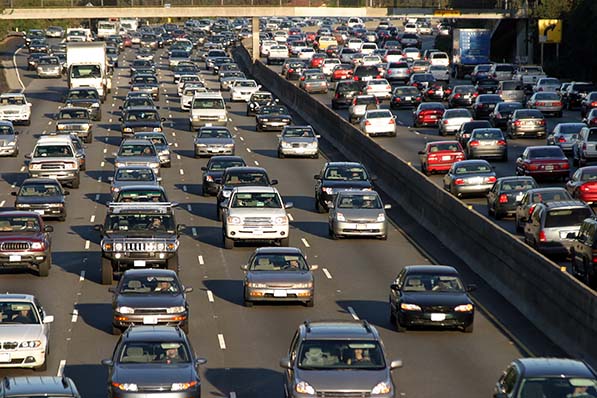 During Thanksgiving week, your work commute may be a little smoother as some people take the entire week off from work, resulting in fewer cars on the road. For the rest of the year, however, you’re not alone if your commute stresses you out before you arrive at work; half of professionals say traveling to and from work is stressful, according to a recent Robert Half survey.

Additionally, traffic doesn’t seem to be getting any better; if anything, it is getting worse as 45 percent of workers say their commute is too long, which is up from 30 percent in 2017. Although the average roundtrip commute is 48.37 minutes, about one in five workers have a commute longer than one hour.

Take heart, Californians, we don’t have the longest commutes in the nation. Washington, D.C. and New York have the top two average commutes, which are 65.84 minutes and 60.88 minutes, respectively. After Houston and Miami, San Francisco comes in fifth with an average commute of 55.3 minutes.

California does have two of the top five most stressful commutes — San Diego and Los Angeles.

Companies are trying to alleviate some of the stress from employee commutes. In a separate survey of senior managers, 43 percent said their company offers flexible scheduling to avoid peak traffic times and 40 percent offer telecommuting.

“There’s a business case for helping employees maximize their time and minimize stress by offering perks like flexible schedules and telecommuting options when possible,” says Paul McDonald, senior executive director for Robert Half in a press release. “To stay competitive, some companies also provide creative resources for carpooling, public transportation, parking and fuel.”

However, when an employee is on a business errand for the employer’s benefit during a commute, the going and coming rule does not apply, and the employer could be held liable for accidents occurring during the business errand. When your employees drive as a part of their jobs, either in their own vehicles or in company-provided vehicles, you should work with legal counsel to draft a policy outlining the rules for employee driving and safety.

CalChamber members can read more about Travel Time in the HR Library. Not a member? See what CalChamber can do for you.