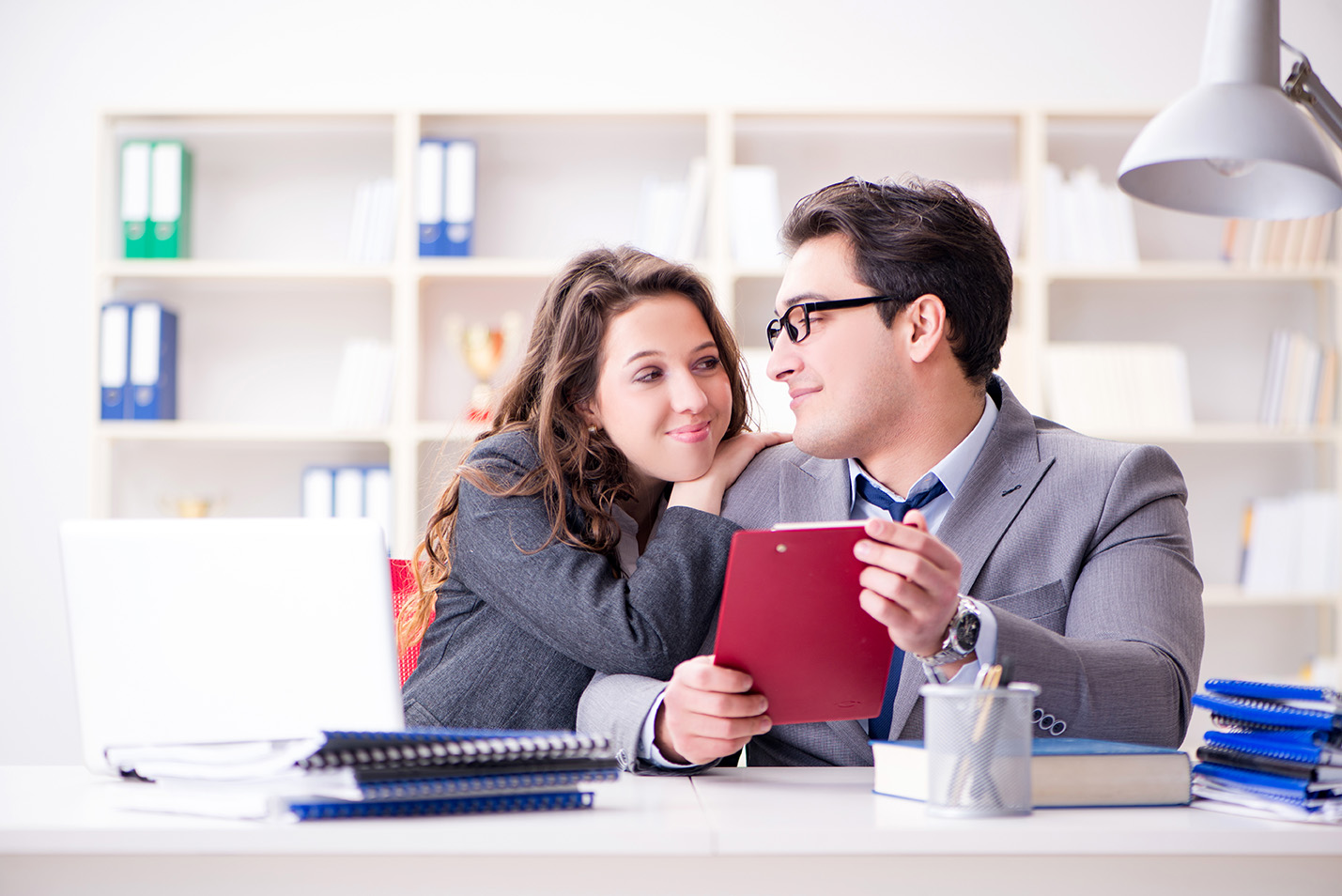 According to CareerBuilder’s annual Valentine’s Day survey, the number of workers who have dated a co-worker is down this year. Thirty-six percent of workers reported dating a co-worker, which is down from 41 percent last year.

The thorn in the rose, however, is that the number of workers who reported dating their boss is up this year – 22 percent of workers compared to 15 percent last year.

And that’s not all. Of those who have had an office romance:

In the midst of the nationwide #MeToo movement, employers have every reason to worry about these numbers — especially the large number of employees dating employees in a higher position.

Relationships between employees and supervisors are particularly problematic. Employers are strictly liable for a supervisor’s sexual harassment of a subordinate. Strict liability means that the employer has absolute legal responsibility for any harm — the employer does not have to be found careless or negligent.

Even if it appears that the couple is happy, a relationship between a supervisor and a subordinate may not truly be consensual or “welcome,” given the power dynamic involved. Power dynamics has been a factor in many of the recent allegations played out in the media involving Hollywood moguls, media influencers and government officials.

Relationships between peers can also create problems and negatively impact the workplace.

While some relationships may last forever, most will not. One of the parties may keep pursuing the other — turning what was once welcome conduct into an unwelcome hostile work environment. Employers can be liable for co-worker harassment if they knew or should have known of the conduct and fail to take immediate and appropriate corrective action.

More subtly, the employer may see decreases in productivity and increases in turnover when the heartbroken couple struggles or refuses to work together. Six percent of workers who had an office romance say they have left a job because of an office relationship gone sour (nine percent of women compared to three percent of men).

Besides the risk of liability, flirting and other romantic behaviors at work distract the parties involved in the relationship and the co-workers around them, leading to decreased productivity and morale. Also, personal problems, fights, gossip and rumors that result from the office romance can be disruptive and affect the reputation of the company and the parties involved.

Adding to the office drama, almost a quarter (24 percent) of office romances reported in the survey involved at least one married person.

Unfortunately, employers may not learn of the romance until it is too late. Forty-one percent of respondents chose to keep their work relationship secret. But that doesn’t let employers off the hook: California employers have an affirmative duty to prevent sexual harassment in the workplace. Steps employers need to take include:

CalChamber members can read more about Hostile Environment Harassment in the HR Library. Not a member? Learn about the benefits of membership.