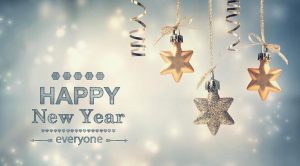 2017 has been another busy year for employers. and January 1, 2018, will bring even more new employment laws. Our most read HRWatchdog posts of 2017 reflect some of the top employment law stories of this year, including new local and state laws and regulations, major court decisions and other timely information.

Starting March 1, 2017, all single-user toilet facilities in any business establishment, place of public accommodation or government agency must be identified as “all-gender” toilet facilities. Employers need to check their restroom signs for compliance.

2. California Ranked as No. 2 “Judicial Hellhole” in Nation

The California Supreme Court in Mendoza v. Nordstrom, Inc. answered questions related to seventh day of work rules and provided guidance to employers on how they can schedule employees. Importantly, the court held that a day of rest is guaranteed for each “workweek” — as defined by the employer — not for periods of more than six consecutive days that stretch across more than one workweek.

The California Fair Employment and Housing Council (FEHC) approved new regulations relating to the use of criminal background information in employment decisions, which were effective July 1, 2017. However, before we could blink an eye, the California legislature also weighed in, banning employers with five or more employees from asking applicants about their conviction history before they have made a conditional offer of employment (effective January 1, 2018). Watch for the FEHC to update their regulations in 2018 to conform to the new state statute.

California’s FEHC proposed amendments to the Fair Employment and Housing Act to specifically address protections for transgender persons, including restroom-related protections. These regulations were eventually finalized and became effective on July 1, 2017. Once again, the California legislature also jumped in on the action, requiring a new mandatory poster on transgender rights for California workplaces and a new training requirement for employers who are required to provide supervisor harassment prevention training.

From an employer perspective, one of the toughest challenges of local ordinances is that the rules can change at any time. This is precisely what happened when Los Angeles city revised their rules and regulations relating to their local paid sick leave (PSL) ordinance. Some of the changes or clarifications were important. The local ordinance contains different provisions from the state PSL law.

In addition to all these employment law changes, a parental leave mandate for smaller employers, an increase in the minimum wage and new hiring restrictions are just a few of the significant changes taking effecting on January 1, 2018. Don’t miss out on CalChamber’s 2018 Employment Law Updates seminars.

Have a Happy New Year!