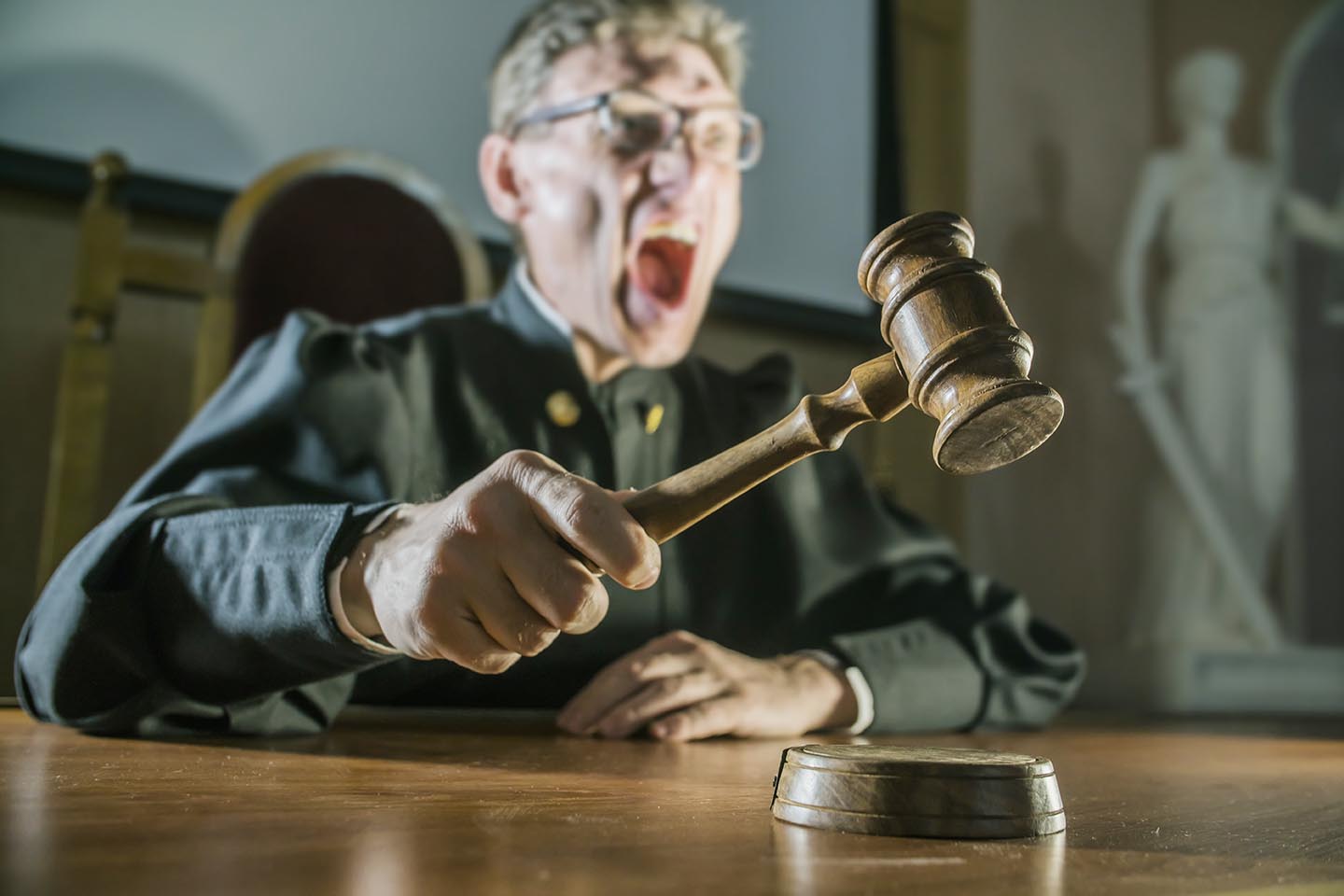 The American Tort Reform Foundation (ATRF) has released the 2017–18 “Judicial Hellholes” list and California holds the No. 2 spot for having the “most unfair” civil litigation courts.

According to the report, a lengthy, stand-alone book could be written every year about California’s inexorable expansions of civil liability. But this year’s focus will be limited to an armful of the state’s civil injustices, including the Private Attorneys General Act, Proposition 65, food and beverage litigation, courts’ expansions of public nuisance laws and disability-access litigation, and more.

With another 859 new statutes added to the books in 2017, the annual average for new enactments since 2010 ticked up to more than 830. According to data available from the Court Statistics Project of the National Center for State Courts, more than 820,000 new lawsuits were filed in state courts in 2016. Tens of thousands more were filed in federal courts throughout the state.

Taking effect in 2004 as a means around arbitration clauses in employment contracts that limit costly, plaintiffs’ lawyer class actions, the Private Attorneys General Act (PAGA) authorizes aggrieved employees to file lawsuits seeking civil penalties on behalf of themselves, other employees and the State of California for Labor Code violations. Many PAGA lawsuits revolve around what the ATRF report characterizes as “technical nitpicks, such as an employer’s failure to print its address on employees’ pay stubs, even though the address was printed on the paychecks themselves.”

The state’s Labor and Workforce Development Agency gets 75% of the penalties against employers while only 25% goes to the “aggrieved employees” and their lawyers, who take a third or so of that.

In the first, Williams v. Marshalls of Ca., Jennifer Rubin of Mintz Levin writes, “the California Supreme Court rejected an employer’s attempt to severely curb discovery in PAGA actions” despite “certain employee privacy interests.” But the “Court did not rule out stricter limitations on discovery if information sought was more personal in nature … .”

In the second case, Esparza v. Ks Industries, LP, the California Court of Appeals confirmed a marginal win for employers by finding that employees-turned PAGA plaintiffs can’t have it both ways. Citing the state high court’s 2014 Iskanian decision, the appellate court found that an employee subject to an arbitration provision must make a choice: arbitrate for wage claims and keep all of the resulting award, or sue for PAGA penalties and take the 25% the law allows.

According to the report, now ubiquitous and generally ignored signs do nothing to protect public health, while the absence of signs serves principally as an invitation for personal injury lawyers and their favorite lead plaintiffs to bring more lawsuits. Proposition 65 litigation produces hundreds of settlements and judgments each year.

The report cites as an indication of how absurd the California courts have let Proposition 65 litigation get, a lawsuit stayed in 2015 being resurrected in September 2017 as the so-called Council for Education and Research on Toxics (CERT) has sued Starbucks and other coffee sellers over their failure to warn consumers about barely measurable levels of acrylamide in their brews.

In October 2017, Governor Edmund G. Brown Jr. signed into law compromise legislation that amends Proposition 65, with some observers hoping it may reduce annual Proposition 65 claims by 25%. Counteracting that hope is the environmental regulators’ ongoing addition of chemicals to the list of supposedly “known” carcinogens and toxics, even when peer-reviewed science says they’re safe

The ATRF report has consistently kept an eye on state attorneys general and, more recently, counties and cities that hire private-sector plaintiffs’ lawyers to pursue deep-pocket corporate defendants with lawsuits that seek to substitute public nuisance law, with its lower standard of proof, for products liability law and its more exacting standard.

Although public nuisance lawsuits against companies that stopped making lead paint decades ago had failed in seven other jurisdictions, the scheme to force those defendants to pay for the abatement of peeling and chipping paint won a key 2013 victory with help from Santa Clara Superior Court Judge James Kleinberg.

After hearing post-trial motions, Judge Kleinberg in January 2014 ordered three defendant companies to pay $1.15 billion, to be shared among Alameda, Los Angeles, Monterey, San Mateo, Santa Clara, Solano and Ventura counties, and the cities of Oakland, San Diego and San Francisco. And though it took three years, that decision was largely upheld by California’s Sixth District Appellate Court in November 2017, albeit with an order for the trial court to reduce the size of the verdict.

California remains the nation’s ground-zero for these often fraudulent lawsuits that typically target small business owners — particularly minorities and recent immigrants who are unable or unwilling to fight back — with alleged violations of the Americans with Disabilities Act (ADA). More recently, these lawsuits have started targeting retailers’ websites, for example, with allegations that they’re not accessible to the visually impaired.

California business owners and their advocates are now looking to Washington for real relief. There, the ADA Education and Reform Act, introduced by Representative Ted Poe (R-Texas), would mandate that notifications be given to premises owners, giving them a grace period to make repairs or renovations, before a lawsuit can be filed.