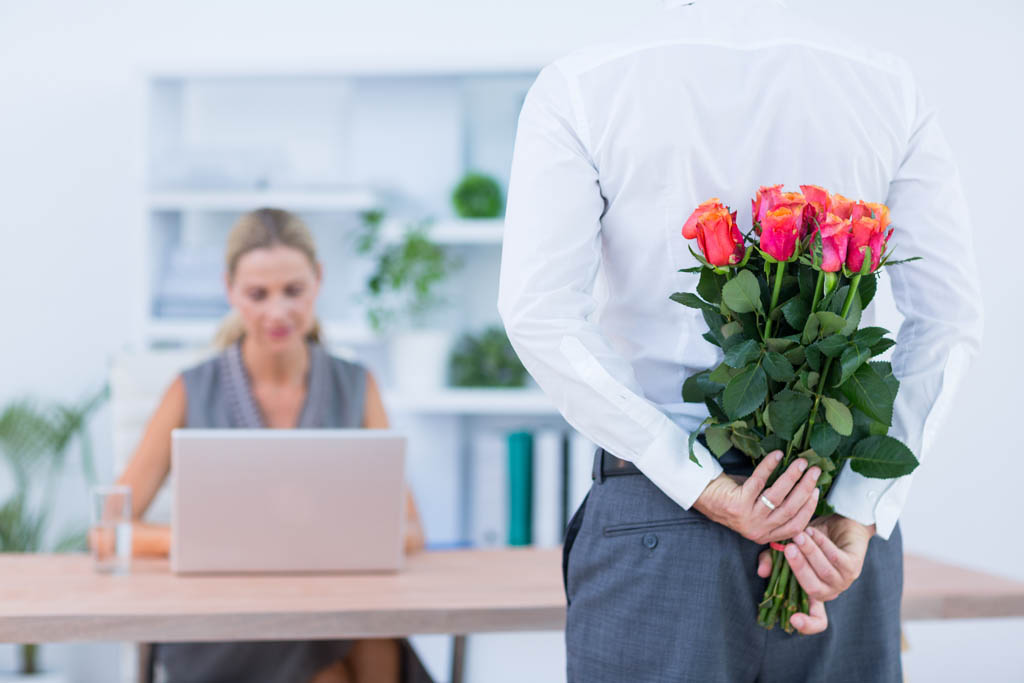 According to CareerBuilder’s annual Valentine’s Day survey, the number of workers reporting an office romance is at a 10-year high. Forty-one percent of workers have dated a co-worker, up from 37 percent last year and the highest level since 2007. Moreover, seven percent of workers say they currently work with someone they would like to date this year.

Although employers should generally avoid inquiring into an employee’s off-duty activities, particularly in the absence of an effect at work, an employer may rightly be concerned about liability related to workplace romances.

While office romances may be sweet for the couple, they can quickly turn sour for the employer and/or the couple. If the couple breaks up, the working environment might be impacted — such as the ability for the exes to collaborate with each other or unproductive time spent dealing with personal fallout. In fact, five percent of workers who had an office romance say they have left a job because of an office relationship gone sour. Or, as has happened, one of the parties might keep pursuing the other — turning what was once welcome conduct into an unwelcome hostile work environment.

A legitimate concern for employers is that one of the employees in the relationship may bring a claim for sexual harassment or sexual discrimination.

Relationships between employees and supervisors are particularly problematic. Employers are strictly liable for a supervisor’s sexual harassment of a subordinate. Strict liability means that the employer has absolute legal responsibility for any harm — the employer does not have to be found careless or negligent. Even if it appears that the two little lovebirds are a happy couple, a relationship between a supervisor and a subordinate may not truly be consensual or “welcome” given the power dynamic involved.

Adding to the relationship risk, 19 percent of office romances reported in the survey involved at least one married person.

Besides the liability issue, flirting and other romantic behaviors at work distract the parties involved in the relationship and the co-workers around them, leading to decreased productivity and morale. Also, personal problems, fights, gossip and rumors that result from the office romance can be disruptive and affect the reputation of the company and the parties involved.

California employers know they have a duty to prevent sexual harassment in the workplace. Steps employers need to take include:

CalChamber members can read more about Hostile Environment Harassment in the HR Library. Not a member? Learn about the benefits of membership.