A federal jury recently awarded Taco Bell workers approximately $496,000 in a class action case that alleged meal and rest period violations. The company ended up in court because of problems with its policy on meal breaks and rest periods. 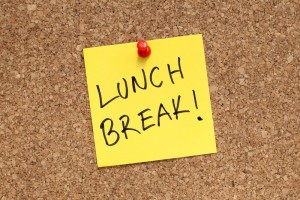 Employers must allow employees to take meal periods at the proper time.

Although the award was probably not everything the workers were looking for, the case demonstrates the challenges California employers face in the ever-persistent litigation over meal and rest periods.

According to a Law360 report (subscription required), more than 134,000 workers claimed that Taco Bell failed to properly provide meal breaks before the fifth hour of work as required by California law. The workers also claimed that the company failed to provide the right number of rest breaks.

The jury didn’t side with the workers on either of these claims — claims that spanned a 10-year period and would have cost the company a lot more than the nearly half-a-million dollars it eventually was hit with.

But the workers did win on their claim that Taco Bell failed to properly pay them when a meal break was skipped. If an employer fails to provide an employee a meal period, the employer must pay the employee one additional hour of pay at the employee’s regular rate of compensation (Labor Code, sec. 226.7). This is often referred to as “premium pay.”

The Taco Bell workers claimed that the company paid them only 30 minutes of wages when a meal period was skipped, rather than the full hour of required premium pay. The jury agreed.

Perhaps most interesting is how Taco Bell ended up in court in the first place. Regardless of the eventual amount of the verdict, this litigation dates back to 2007; litigating these types of class action lawsuits is a costly battle.

According to the Law360 report, Taco Bell faced litigation because its employee handbook policy did not meet California’s strict meal and rest break requirements. Evidence submitted at trial alleged that Taco Bell used a meal period “matrix,” which reflected a policy of providing the meal after five hours of work, instead of before. The matrix was printed in Taco Bell’s employee handbook.