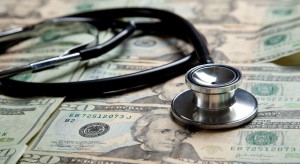 The Cadillac Tax will now be delayed until 2020.

On December 18, 2015, President Obama signed into law the Consolidated Appropriations Act, 2016, which includes a two-year delay in the implementation of the Affordable Care Act’s excise tax on high cost employer-sponsored health coverage — commonly referred to as the “Cadillac Tax.”  The excise tax, which would have gone into effect in 2018, will now be delayed until 2020.

The excise tax is a 40 percent tax on the aggregate value of employer-sponsored health plan coverage that exceeds $10,200 for self-only coverage and $27,500 for family coverage.  The tax, which applies to both insured and self-insured group health plans, will be imposed on insurance companies, employers and plan administrators depending on the type of arrangement involved.

After 2018, the thresholds are indexed for cost-of-living adjustments and may be increased to reflect the age and gender of the population covered, for retired non-Medicare eligible individuals between the ages of 55 and 64 and where the majority of the employees in the plan are engaged in certain high-risk professions.

In addition to changing the implementation date, the newly signed Act also makes the excise tax deductible against income taxes and requires that the Comptroller General of the United States study and report to Congress on the suitability of the benchmark to be used for the age and gender adjustment to the applicable dollar limits under the tax.

Members can read more about Other Affordable Care Act Requirements in the HR Library. Not a member? See how HRCalifornia can help you.