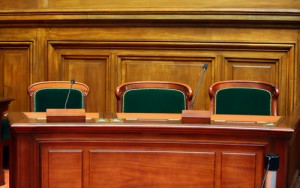 In a 3-2 decision involving a California employer, the National Labor Relations Board (NLRB) “refined” the standard it will use for determining joint-employer status. The highly watched decision signifies a departure from the long-standing joint-employer test previously used by the NLRB. This decision may impact businesses that outsource, contract for labor, use temp workers, have franchise relationships, or have other alternative work arrangements.

The decision involves waste services company Browning-Ferris Industries of California, Inc. (BFI) and staffing agency Leadpoint Business Services (Leadpoint). BFI solely employs about 60 people for its waste facility and uses other temporary workers that are supplied by Leadpoint. The issue was whether BFI and Leadpoint are joint-employers of the approximately 240 full-time, part-time and on-call temporary workers who work at the BFI facility and who the union petitioned to represent.

To determine joint-employer status in the past, the NLRB used a test that looked at whether both entities exercised a significant degree of control over the same employees. In these previous decisions, the NLRB had found that direct control over working conditions was necessary to make two entities joint-employers over a worker or group of workers.  In other words, the employer had to actually exercise control over the worker(s) to be considered a joint-employer, not just possess the right to control.

Now, according to this new decision, “reserved authority” that is not actually exercised will also be considered relevant. The NLRB “will no longer require that a joint employer not only possess the authority to control employees’ terms and conditions of employment, but must also exercise that authority, and do so directly, immediately, and not in a ‘limited and routine’ manner.”  The NLRB will still look at whether there is “sufficient control over the work of the employees to qualify as a joint employer with another employer, but there will not be a requirement that the control be exercised ’directly and immediately.’”

The NLRB concluded that BFI was a joint employer with Leadpoint

According to the NLRB, it reached its decision by relying on indirect and direct control that BFI possessed over essential terms and conditions of employment of the employees supplied by Leadpoint as well as BFI’s reserved authority to control such terms and conditions.

According to the majority, the new standard is designed “to better effectuate the purposes of the Act in the current economic landscape.” The NLRB issued a statement noting that the previous standard hadn’t kept pace with changing workplace and economic circumstances, as more than 2.87 million of the nation’s workers were employed through temporary agencies in August 2014.

The dissent called the ruling “the most sweeping of recent major decisions” and said the majority had rewritten the decades-old test for determining who is an “employer.”

“This change will subject countless entities to unprecedented new joint-bargaining obligations that most do not even know they have, to potential joint liability for unfair labor practices and breaches of collective-bargaining agreements, and to economic protest activity, including what have heretofore been unlawful secondary strikes, boycotts and picketing,” the dissenters said.

The decision may not be entirely surprising.  Last year, the NLRB issued 13 complaints involving 78 charges against McDonald’s franchisees and their franchisor McDonald’s USA, LLC as joint employers, indicating the Board’s intent to expand its definition of joint-employers. The old standard does not hold franchisors liable as joint employers unless they exert substantial control over the franchisees’ day-to-day operations.

The U.S. Chamber of Commerce expressed “strong opposition” to the NLRB’s decision. “This decision has broad implications as it appears to upend decades of settled law defining who the employer is under the National Labor Relations Act,” said Randy Johnson, senior vice president for Labor, Immigration and Employee Benefits.

“Because of the array of obligations and liabilities that attach with a finding of joint employer status, the Browning-Ferris case could lead many employers to significantly alter or limit the contractual agreements into which they enter,” continued Johnson. “This will reduce employer flexibility and competition at a time when the economy continues to experience anemic economic growth.”

Visit the HR Library for more information on the National Labor Relations Board Powers. Not a member? See how HRCalifornia can help you.